Born in 1968 in the south west of France. Dedicated watercolorist, illustrator, he compiles travel diaries from Saint Pierre and Miquelon to Vilnius, via Africa, America and Europe. Regularly teaches and leads visual arts workshops, illustrates publications and exhibit his work in the different places where he lives.

His work has impressionism notes, artist tries to sketch a moment or an emotion in his sketchbook (which is always by his side) and after that tries to get even more sense with texts inside, using different languages, also plays with colours and composition. Watercolour is difficult technique, but author sees only advantages in it, for example, he uses transparency of the medium to reveal the parts of the texts.

Jerome wants his work to be dated and localised, because it is a moment captured at a precise moment in a precise place where he was.

Author says: “When I have finished my sketch, I look at it and then the picture tells me what to do next. I look for texts in olds books, literature or poesy, which connects with the mood of the sketch. Then I prepare canvas, paper and gesso in order to “erase” the structure of the fabric and then put literature parts on it, sometimes in French, sometimes in local language or both. Only after that I draw and I paint with watercolour the sketch which is in my sketchbook.”

The painting is part of the Art for Collectors collection of selected works.

Painting in the interior 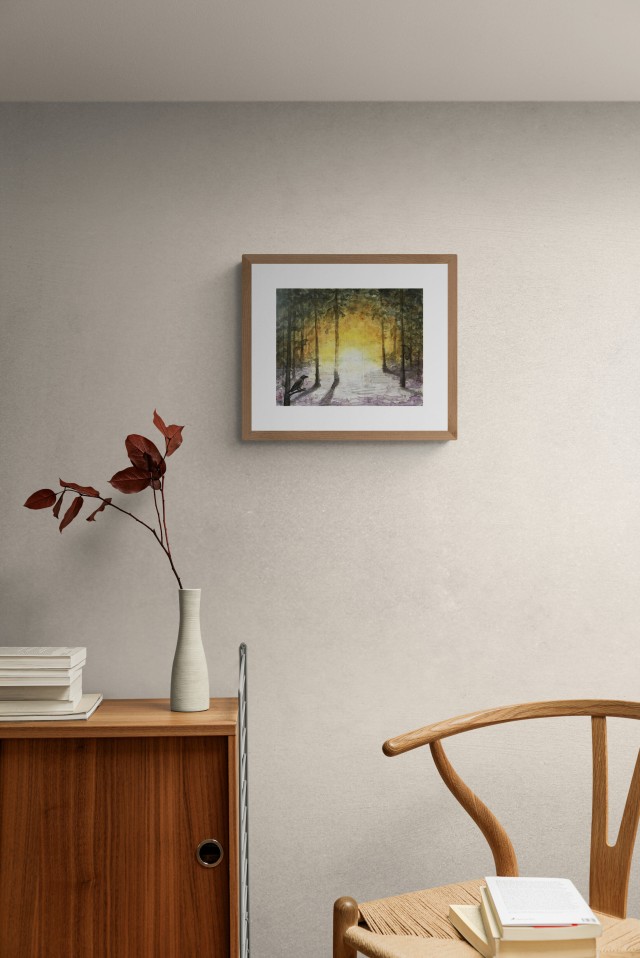 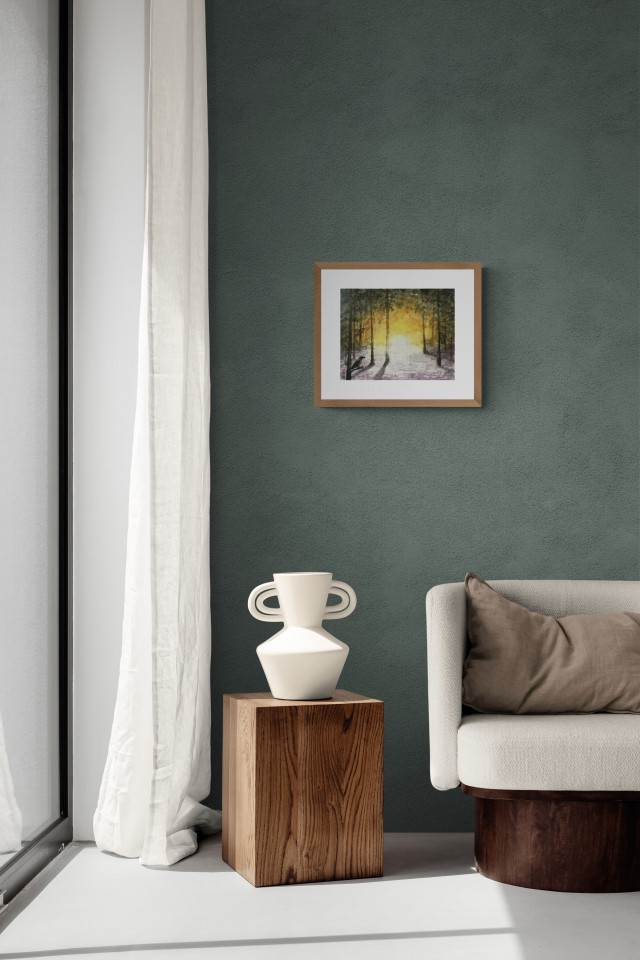 „Winter In The Forest I”

„Winter In The Forest II”

„After The Snow Battle”

„Evening By The Sea”

„The Trees Near The Pond”

„Reflections In The River”

„Ambersail Across The Atlantic”

„Homestead Near The Water”

„In The Old Park”

„On the trail, in winter”

„The child of Sapiegos”

„Vilnius from the Neris”