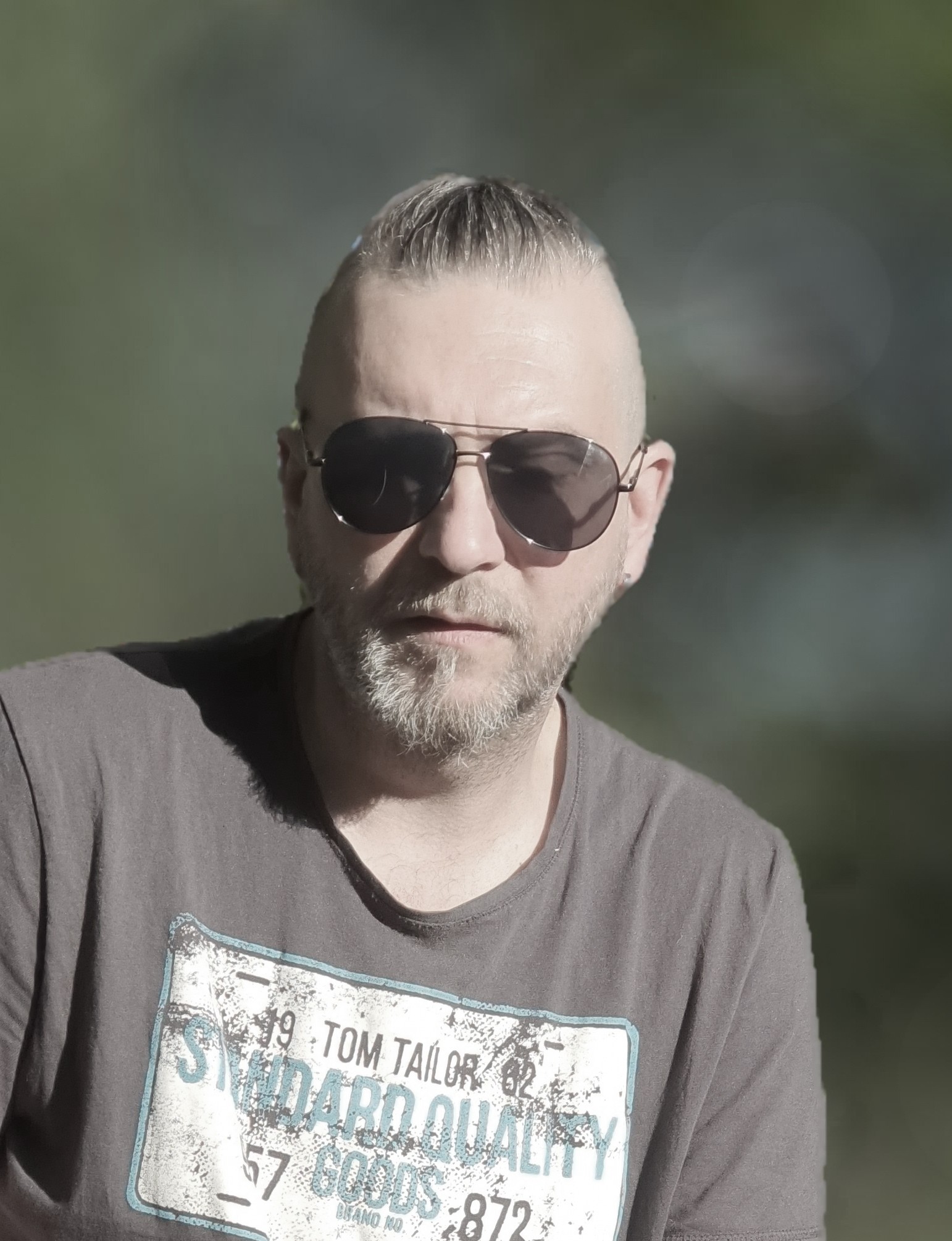 Mindaugas Juodis (b. 1970) currently lives and works in Kaunas.

Free and unfettered ideas in his work were determined by self-taught art studies. The author is open to various artistic ideas and realizes his creative ideas using a wide range of means of artistic expression: from performances to musical projects, from jewelry and sculpture to painting.

Since 1996 actively participates and has already held 13 personal paintings and 7 jewelry exhibitions, participated in many different group exhibitions.

Although Mindaugas has nothing to do with Paris in the literal sense of the word, it can still be compared to the famous artists. Such a comparison obviously has no (and in the case of art in general cannot have) an evaluative dimension. However, there are parallels that call attention to Mindaugas' work.

After trying out jewelry, which required not only artistic intuition, but also mastery of craft knowledge and skill, Mindaugas turned to painting more and more often. This is back in 2010. In the personal exhibition "Fragments - Jazz" held in Klaipeda, it was more like a graphic talking about colour, which is characterized by the priority of the line over other compositional elements that came from jewelry, therefore it did not reflect much on what Mindaugas has become in recent years. It is true that the tendency to vary anthropomorphic forms in Mindaugas' paintings became apparent at that time. Today, they began to dominate, turning into soft, sensual characters in paintings. The figures of a human, often a woman, in the unspecified background, the feet or hands protruding from the muffled background are composed from such angles as the viewer's gaze perceives as a reference, request, reference, or mysteriously displayed sign.

Because the paintings do not contain details characterizing the place or time of the depicted object, arms, legs, faces, women, the men or individual objects depicted in the paintings are sometimes perceived as non-temporal, universal witnesses of human existence. These elements are composed in the foreground of the paintings, so all the depicted objects are close to the viewers. Given that Mindaugas usually uses colour contrast, combining cold blue with ocher heat, the compositions inevitably become emotionally suggestive, despite the fact that the colour tones are impure, almost extinct, adding dark gray or black colours to the paint, which are mixed with other colours. Forms a blurred, fuzzy and at the same time mysterious image of soluble figures, which does not always have clear lines and boundaries.

Because of the colour thus used, figures physically close to the viewer are perceived as distant, archaic, time-affected shapes. Like any ambiguity, this state of closeness and inaccessibility depicted in Mindaugas' paintings is alluring, giving even a certain sense of eternity. After all, the shapes of paintings are modeled without showing the source of light that forms them - it can only be perceived as a timeless light that prevents human figures or their parts from finally disappearing into the darkness of non-existence. All this speaks to the positive, humanistic creative attitude of the artist, which, in the face of events, gives the opportunity to believe that Mindaugas' works, like the creative spirit of Montmartre, are destined to survive. Not only physically, but also in the memory of the field of culture and art. Let's see. ”