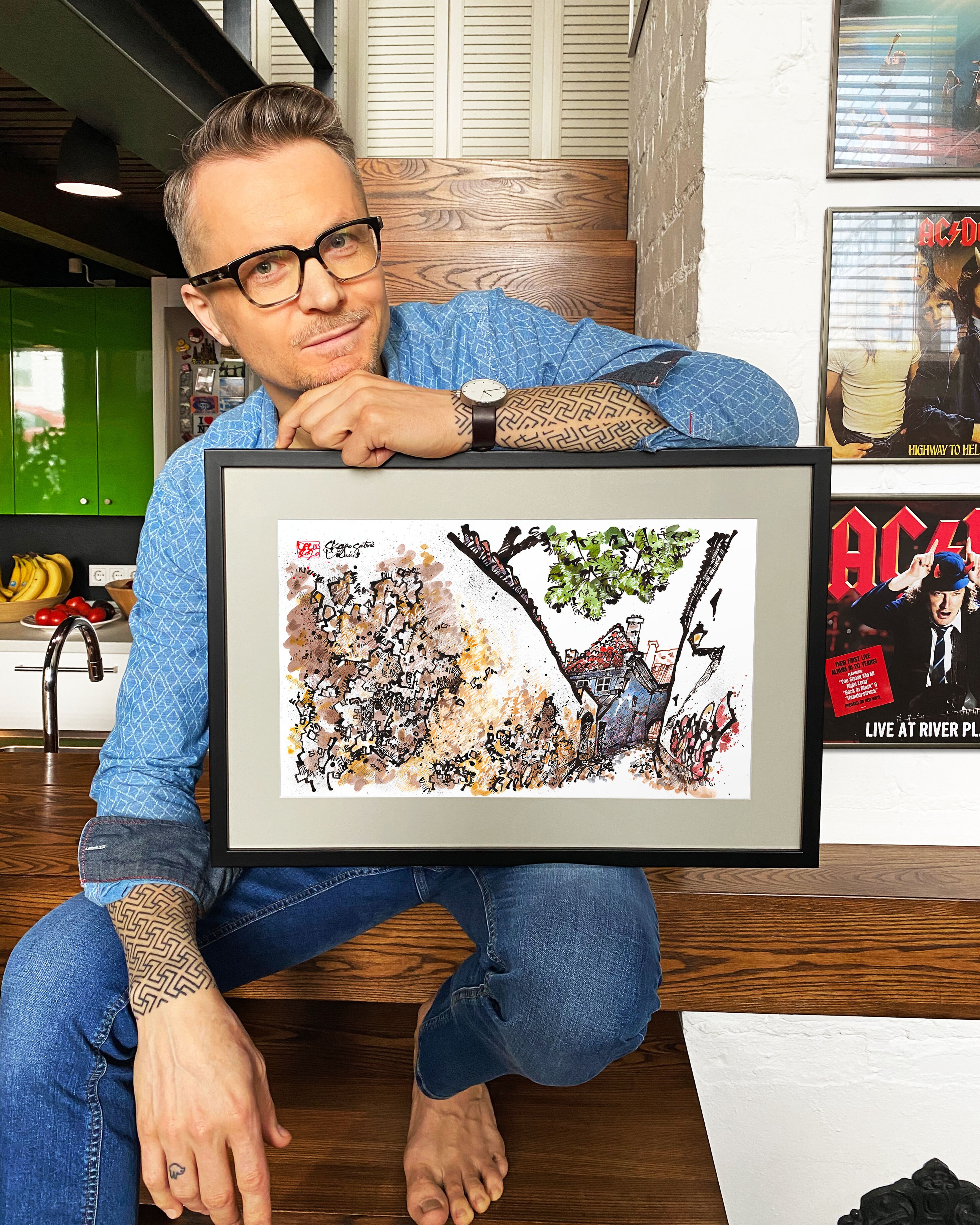 Artist and architect Dalius Regelskis is a true “Vilnius–er” and, as he usually likes to introduce himself, “was born and grew up on Architects’ Street”. For more than twenty years he has been designing private interiors, traveling and drawing urban architecture. As well Dalius is an associate professor at the Vilnius Academy of Arts.

In his youth, when the courtyard gates of Vilnius Old Town had not been locked, Dalius snooped every courtyard, knew a lot of “secret” passages, and loved to use them as shortcuts instead of walking down the streets. He studied graphic arts at the Vilnius Art School, where his teacher was a famous Lithuanian graphic artist Petras Repšys. Later Dalius entered the Vilnius Academy of Arts and studied architecture.

Usually, he spends summers with his wife in Crete. This island – its architecture, historical heritage, Cretans and their cultural traditions – became the source of inspiration. The mantinades (traditional Cretan poetry) used in the drawings were written by a local Greek from a tiny village exclusively for these works.

Another topic is New York, a city of Dalius’ new impressions and creative discoveries. These works capture the contrasts of the architecture of this sleepless metropolis, the connecting element of which became a ONE WAY road sign.

As the author himself says: “ONE WAY – one path, one direction, one method... The whole of New York City is dotted with these American road signs. However, it is not just a road sign, it’s a symbol of one of life’s milestones, in which the clean, purified, black-and-white graphics emphasize that among many ways, paths and wrong roads, one must find one’s OWN WAY.”