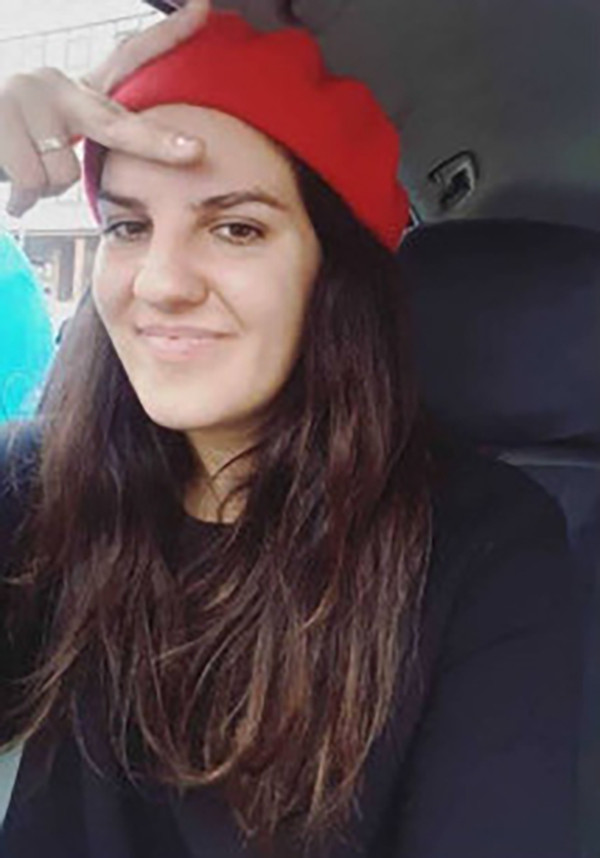 Gabrielė Šermukšnytė is a youngest generation figurative painter with a recognizable style. The artist explores the wrong sides of the pop culture, ironically criticizes decadence of contemporary society and shows its merciless reflection.

In Gabrielė’s creative work, wounds of the society are presented with the softness of the velvet, picking the sores with sweetened painting rhetoric. Her creative style is defined by a reddish and brownish color palette, vanishing and emerging brush-stroke, scrupulous attention to the details.

The author uses the symbol of a mirror to unravel the seams of the wrong side. The mirror is turned in front of the self-destructive world’s face, lifted in front of the artist and the viewer, rotated between reality and illusion. Theme of reflection has appeared in Gabrielė’s personal exhibitions The Bird Will Fly Out Soon (2015), Reflection (2014), Two Sides of the Mirror (2014). This theme is rethought and appears in the paintings as a frame imposed by the society, surroundings of vanity, reflection of an audiovisual epoch, or as a symbol of subconsciousness.

Figures in Gabrielė’s paintings - fairytale characters, plastic mannequins, beings between a human and an object - are in a constant state of waiting. The space, filled with the surreal and impossibly sweet luxury, is halted. Although questions about today’s problems are raised, the spacetime of the artworks, it seems, reaches the viewer from a different time and a different reality. The audience recognizes the elements of the pop culture and is drawn into a dream or a mirage-like story told by the painted imagery.

The concept of beauty in Gabrielė’s creative work has different meanings and purpose. Consciously redundant paintings look at the beauty with irony, creating a lush projection of mass culture and presenting it back to the society. The viewer is immersed into a constant game and invitation to solve the riddles and to guess what the cards have shown this time.

Gabrielė Šermukšnytė (b. 1990) has gained BA and MA in Painting at Vilnius Academy of Arts. Became a member of Lithuanian Artists’ Association in 2016. Has presented several personal exhibitions, participated in more than ten group exhibitions in Lithuania, India, The Netherlands, and in plein-airs in Lithuania.

All Lithuanian Artists’ Association Members On Our Platform

All acknowledged artists in our platform